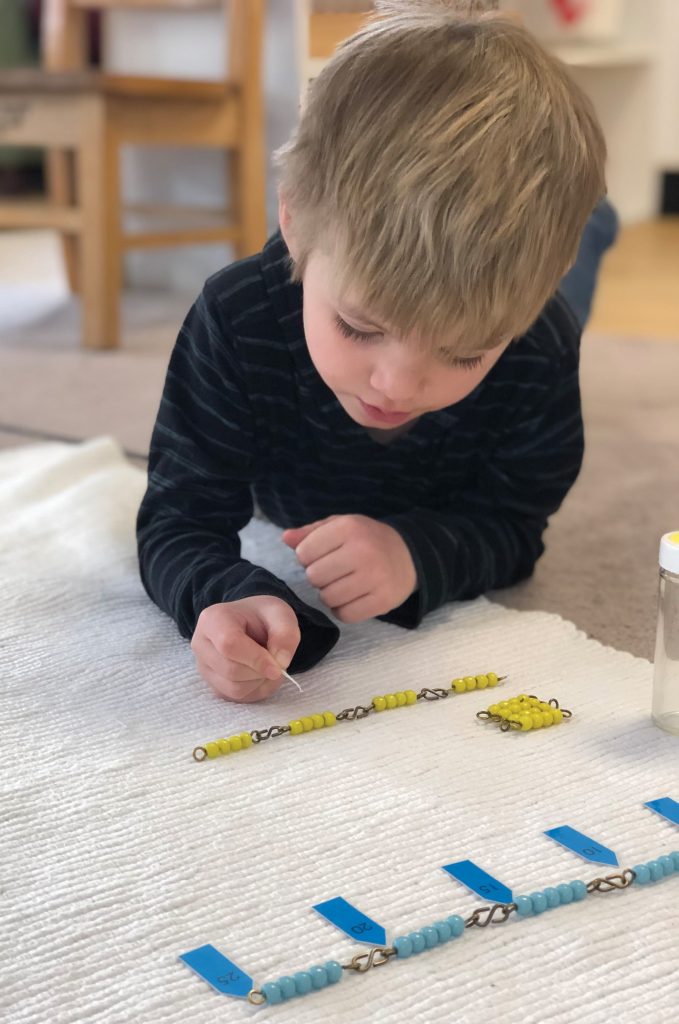 Which one is right for your child?

If you’re considering a Waldorf or Montessori school, there’s a good chance you believe children thrive when they have control over their learning environment. You probably also believe your child’s emotional development is just as important as, if not more important than their academic progress. Not sure which model would be best for your child? We talked to experts to help you understand where the two educational philosophies overlap, how they diverge, and what that means for your kids.

Philosophy
Both Montessori and Waldorf schools share a deep respect for each child as an individual and are committed to fostering both academics and social-emotional learning. Both institutions allow each child to take an active role in determining their curriculum and the pace at which they move through it.

Waldorf schools are known for their focus on using natural materials. Kran says, “In early childhood classrooms, all materials are made out of natural materials such as wood, silk, cotton. Toys tend to be open-ended and able to adapt to the child’s imagination. Hence, a log can become a seat or table, a ship, or a part of a fort.”

Montessori schools, on the other hand, focus on giving children the chance to learn through practical experiences in mixed-age classrooms. Says Gavin Green, director of admissions at Jarrow Montessori School in Boulder, “Each classroom is filled with developmentally appropriate activities that encourage children to interact with specific learning materials.”

As Harry Donahue, the Head of School at Boulder’s Mountain Shadows Montessori School explains, the hallmarks of Montessori education include the development of “respect for the environment, self and others, as well as a moral responsibility to society.”

Curriculum
According to Kran, Waldorf holds that children in grades one through eight learn best “when all subjects – academic, artistic, athletic and social—are brought ‘artistically,’ so that students’ imaginative, emotional lives are activated and engaged.” This is why teachers pair math concepts with rhythmic movement for students in grades one through four; Kran explains, “Research acknowledges that younger students learn math best through movement.”

Similarly, Waldorf reading and writing curricula are rooted in what Kran calls a holistic and artistic approach. “Beginning in first grade we tell rich stories and later histories so that students actively develop the capacity to think sequentially,” she says. “Waldorf students begin to see themselves as authors early on because they are, with the ‘guidance of their teachers, creating their own writings and ‘textbooks, which we call main lesson books.”

By focusing on “will forces” or imitation in the early years, Kran says Waldorf helps lay the foundation for critical thinking when children reach high school, “so that they graduate ready to ask new questions and to enter their futures feeling empowered and competent.”

Montessori academics, on the other hand, give children “three-dimensional manipulative materials designed specifically for Montessori. These allow all lessons to be concrete and for children to be able to work with the materials,” says Green.

Montessori introduces academic concepts early, says Green. “The early years (birth through age six) are a critical time to set a strong foundation, so Montessori starts early with the academic curriculum, although presented in developmentally appropriate ways with concrete materials.”

Green describes a pre-literacy learning tool called a sandpaper letter, a flat square featuring a letter made of sandpaper. Kids learn the phonetic sound of the letter as they trace it with their finger, later progressing to tracing the letter with their finger in a sand table.

Other Montessori-specific materials include miniature brooms, mops and dishrags. Green says using child-size materials to clean up their own spills helps preschoolers develop their capacity to take care of themselves and their environment: It also sets the stage for them to take on a role such as plant waterer or door holder in their classroom once they turn six.

Whether you choose Montessori or Waldorf, you can be sure your child will be challenged in a way that meets them where they are and engages both their minds and their hearts.

By Pam Moore for Raised in the Rockies